Learners and their parents often wonder why children don't excel at maths. YouCanDoMaths looks at a few misconceptions and gives you straight answers.

Myth: Extra maths lessons are very expensive.
Fact: This is often true, but there are affordable options on the internet which offer very good help, like YouCanDoMaths. Our program  allows learners to work in a non-threatening environment and most importantly, at their own pace. You must just use it regularly.

Myth: Maths is not important for the career I want to do.
Fact: This is often used as an excuse to give up maths. The truth is that many people change their minds later in life and then discover that they actually do need maths. By doing maths you are keeping the career options open . . . and it is a huge effort and expensive to do maths after leaving school.

Myth: Boys are better at maths than girls.
Fact: Research has failed to show any difference between men and women in mathematical ability. Men are reluctant to admit they have problems so they express difficulty with maths by saying, 'I could do it if I tried.' Women are often too ready to admit inadequacy and say, 'I just can't do maths.' So to the girls especially, you can do maths!

Myth: The teacher is too clever to teach us.
Fact: Einstein once said that if you cannot explain something simply, you do not understand it well enough. Teachers may appear to be clever because they can solve maths problems quickly. This is normally because they have seen the problem before. Don't allow a teacher to knock your confidence, you can do maths.

Myth: I will get my child extra help just before the exams.
Fact: Education is a process, not an event. This is particularly true with maths as it is a subject which builds on previous knowledge and learners need time to absorb and reinforce concepts. Doing a year's worth of work in one month is just not practical. You can do maths, but don't leave it until the 11th hour to get help.

Myth: Maths is not a learning subject.
Fact: There is a lot of theory you need to know and methods you need to learn and practice. World-famous golfer Gary Player once overheard someone saying that he did so well because of luck. His response was: 'The more I practice the luckier I get.' The same is true for maths, the harder you practice the better you will do. And never forget, you can do maths. 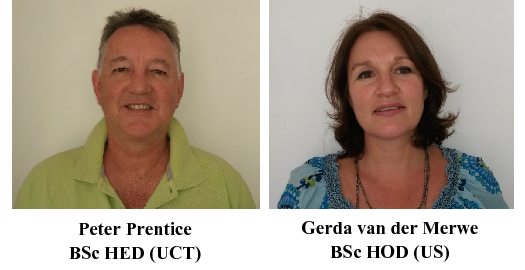